After Action Review With Ken Butler

Ken Butler fought to his second kickboxing win via a dominant 30-27 unanimous decision at USKA: Reloaded on December 8th, 2018. Butler rolled to his win by showcasing strong boxing and landing many kicks. One of those kicks was particularly exciting to see- a question mark kick to his opponent’s head. His AAR includes his thoughts on the fight, his kick training experience and his future fight plans. 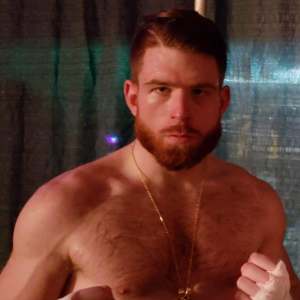 Did you game plan for this fight and if so how was the reality of the fight compared to your plan for it?

I did game plan. My coaches drilled it into my head every day, as well as text it to me every day, as for the reality it worked perfectly.

What felt like it was working the best for you?

He couldn’t time my punch to kick and kick to punch combos correctly and didn’t catch any of my kicks. He may have blocked some kicks but that still beats the arms up and works just as great for my plan. My hands always found a home at his chin the power might have fallen off a little but they still reached him.

You had a very strong kicking game throughout. How confident are you with your kicks?

Oh man my coaches would kill me with kicks. I remember one summer there was a competition between two of them. One of them telling the other “oh yea we had ken kick the bag 100 times today.” The other would respond “well he’s doing 200 tomorrow.” It went to the point where it would jump 100 extra kicks each passing day all the way up to 1500 kicks a day. They would literally take me out of the class/ training to just make me kick a bag all day lol. But really I’m very confident in my kicks, they are my strongest weapon, and I may weigh 175 now but back then I was 300lbs and I maintained that 300 lb power in my legs with the speed of a 175 pounder.

A fun part of the fight for me as a spectator was you Landing a question mark Kick. What was it like to land that in an actual fight?

I don’t really do much fancy moves only because I was always told the fancier the move, the easier you are to be countered. That question mark kick though I feel like a kid in a candy store to get that off for a second time in fight.

What’s next for you? Are you looking to do MMA or stick with kickboxing Muay Thai?

Honestly my heart will always be with Muay Thai kickboxing, but my teammates and coaches always tell me I’m only using half my potential. They keep pushing me to do MMA, forcing me into BJJ classes. I really want to get a belt in Muay Thai/kickboxing before I make a conversion over to MMA.